The in-house tournament is an annual event that occurs at the ASW High School and allows people with varying experience to try their hand at Original Oratory, Impromptu, Oral Interpretation, Debate, and Duet Acting. This year, a total of 20 participants – including 1 middle schooler– were involved in this tournament.

Diana S. (11), one of the team captains and member of the winning Debate team, said, “I think the tournament went very well. Everything went smoothly and we were able to enjoy a lot of very impressive performances. I was really happy to see some new people join and do extremely well. Overall, I was very proud of the team and I’m looking forward to next year’s season because there’s a lot of talent here”.

So Yee P. (11), the winner in the Original Oratory category, said “I first thought I had to be Obama and Martin Luther King to give a good speech. But students can do surprisingly well in these tournaments”.

Ola D. (11), the winner of the Oral Interpretation and Duet Acting, said “As a newbie, winning two trophies feels pretty great. I wish I had done this earlier!”

Zacharie M. (10), one of the members of the winning Duet Acting team, said, “I’m so glad I was able to compete one last time in the spring tournament before leaving next year. It’s so exciting to see so many more people joining the club now.”

In the end, some people came out victories while others did not. These were the final results for each category: 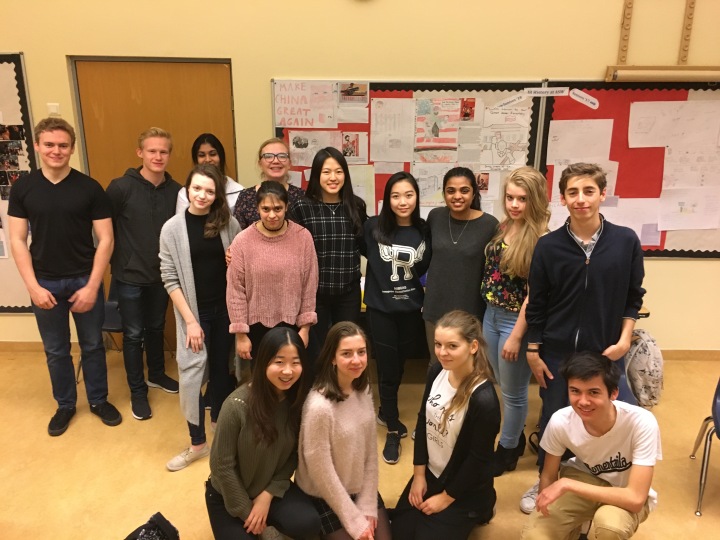